You are here: Home / My Afib Journey / How One Doctor’s Words Changed My Life 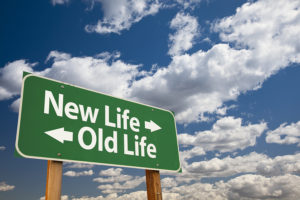 Earlier this summer I met with one of the EPs I’m seeing here locally in the Twin Cities area. The purpose of the appointment was to talk about the possibility of having an ablation to treat my atrial fibrillation. At the time of this appointment I was only having a few episodes a year so this was before my afib started spiraling out of control.

Before I continue I need to provide some background. For me specifically, “Dr. John” has been a huge proponent of me having an ablation. He was encouraging me to have an ablation last year. I told him then I wanted to wait because I was confident I was going to be able to “skate” for at least a few more years. In hindsight, I should have listened to him.

Last year I could have coasted into the operating room not dealing with any atrial fibrillation issues. It would have been strictly a preventative-type procedure. But then again that’s exactly why I didn’t have it done last year. To me, it didn’t make any sense. Why would I have an ablation if I wasn’t having regular episodes?

Well because I waited, I gave my atrial fibrillation time to progress. Now I’m worrying about having weekly episodes and I face the possibility of going on daily drugs and dealing with their awful side effects until I can get my ablation scheduled. Now my ablation procedure can’t come fast enough! It’s funny how life works. One minute I don’t need the operation and the next minute it can’t come quick enough.

At any rate, the reason for this appointment was to discuss the possibility of having a catheter ablation after all. I wanted more specific details about it. I also wanted to find out more about Dr. John’s experience and skills because I was talking to another local EP as well about having an ablation. Dr. John was aware I was talking to another doctor so it was all good.

As is always the case when I have my appointments with Dr. John, we had a great conversation. I have a very good relationship with him. I consider him more of a friend than my doctor. Talking to him is like talking to a buddy over a cocktail at a bar. It’s very casual and laid back. He never rushes me and he never talks down to me. But more important than anything else, he’s a straight shooter and always has my best interests at heart (no pun intended). He truly is one of the best doctors a patient could ask for.

The Words That Changed My Life

At one point in our hour-long conversation we were discussing the long-term success rates of ablations and ultimately how to slow the progression of afib. Dr. John and I are in agreement that inflammation in the body is likely a huge contributor to the onset and progression of atrial fibrillation. I was telling him that I still wasn’t convinced I needed an ablation and that I might wait a little while longer.

He told me I certainly could wait but that no matter how long I waited, my heart would continue to change because afib was a progressive disease. But then he said this:

“If you want to wait…or slow the process – the inflammatory process – you have to change. You’re not overweight, but are you doing anything different to change?”

I paused for a minute and said, “Not really, but I will change after I have an ablation.”

To which Dr. John replied, “Why not do it before?”

“This is not particular to you but some people are like 250 pounds, have sleep apnea, and then they want their afib fixed. How are they helping? What’s their workload? What’s their contribution?”

Those words of wisdom hit me like a bullet. I couldn’t shake them; they repeated in my head every time I would eat my daily McDonalds lunch or my junk-food snacks.

At the time I was grossly overweight. I had ballooned to 218 pounds. I had more folds around my midsection than the Michelin man. My ass looked like a tub of cottage cheese. My 38” pants were tight and uncomfortable and I was facing the prospect of moving up to 40” pants.

My diet was an absolute train wreck and after years of eating nothing but fast food and junk food, I was finally paying the price. I was fat and I had afib. I guess I should have known sooner or later I was going to have to pay the piper.

It’s been almost 3 months since I made that decision and I’m now at 195 pounds. I have lost 23 pounds! My goal weight is 190 pounds so I’m not quite there yet and I still have some tweaking to do to my diet and sleeping habits, but I’m very happy with my progress so far.

That part has been frustrating -especially since we’re told weight loss may help those with afib! I’m not letting it discourage me, however. I’m plowing forward. Afib be damned!

That’s what’s so fascinating about life. You never know when or how you might impact a person’s life. I’ll bet anything Dr. John doesn’t even remember having this conversation with me. It wasn’t like we spent the whole hour talking about lifestyle changes or that he was on some mission to change my life.

It was just a very brief, almost an “off-the-cuff comment” he made during a conversation but for some reason those words hit me upside the head like a baseball bat. Maybe deep down I was already at the breaking point and his words just gave me the push I needed to finally take action.

I don’t know how or why. As they say, God works in mysterious ways. All I know is that if it wasn’t for what Dr. John said to me during that appointment, I’d still be eating Big Macs and French fries every day and I’d probably be pushing 225 pounds or more.

So if you’re reading this, Dr. John, thank you for inspiring me and for making me realize it was time to change. You’re a damn good doctor and I consider myself fortunate to have you in my corner as I battle this thing called atrial fibrillation.