You are here: Home / My Afib Journey / The Pocket ECG Has Arrived – The Last Step of the Ablation Recovery Process

It’s been a little over two weeks since my last post ablation recovery update. It was the final update during my official three-month blanking period. I’m happy to report that in the past two weeks I’ve been perfectly fine. I haven’t had any atrial fibrillation and I haven’t had any heart palpitations.

Up until now, I’ve been using the event monitor given to me immediately after my catheter ablation. The drill has been simple. Unless I had symptoms, I would take a weekly recording and call it into Medi Lynx. This is the company Dr. Natale’s office uses for their cardiac monitoring.

This recording was just a 30-second snap shot. I did this every week during the three-month blanking period. For those of you that haven’t read my past updates, here is a picture of the event monitor: 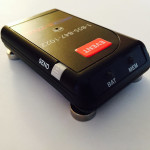 Fortunately for me, I never had symptoms so I was only sending in weekly “routine” recordings. Since I’ve been doing so well, Dr. Natale’s office had Medi Lynx send me a pocket ECG monitor as the final step of the ablation recovery process. Here are images of the device – including the instruction sheet that was sent with the monitor: 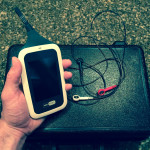 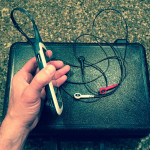 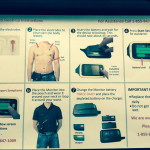 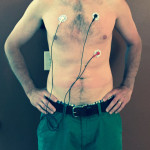 As you can see, the device is pretty simple. There are three electrode pads on my chest and then three wires from the monitor that snap on to the electrode pads. In the picture above, I have the monitor tucked in my front right pocket. The kit I was sent also included a pouch with a strap that you can wear around your waist or around your neck and put the monitor in there if you don’t want to put it in your pocket.

This pocket ECG monitor records my heart activity 24/7 and sends the data every few hours wirelessly to Medi Lynx. I don’t have to do anything other than wear the device for seven straight days. You gotta love technology!

If I’m having any afib episodes or heart arrhythmias I may be asked to wear it longer than seven days but given my track record so far (zero symptoms since the ablation) that is unlikely.

The only pain in the butt with all of this is I’ll have to figure out a way how to sleep with this device. I can’t feel the electrodes on my chest or the drag from the wires attached to them so that’s good. I’ll just need to figure out where to put the monitor itself when I go to sleep. I may just sleep with my shorts on and leave the monitor in my pocket. Otherwise I might place the monitor on the bed next to me. We’ll see how it goes.

And if you’re wondering, I’ll have to remove the wires and set the monitor aside when taking showers or going into a pool as it’s not waterproof. All I need to do is unsnap the wires from the electrode pads and put the monitor aside. I’ll have to replace the electrode pads after each shower but now that I don’t have any hair that won’t be a biggie:)

I’ll provide another update once this monitoring period is over. If everything goes well, I’ll be able to return my heart monitors and I’ll officially be done with the ablation recovery process!