You are here: Home / My Afib Journey / June 16th Marks My 10-Year Journey with Atrial Fibrillation 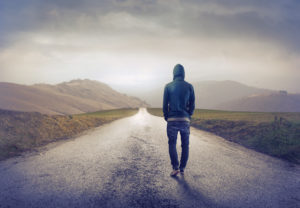 I’ve been meaning to get this post published since June 16th, the actual date of my 10-year anniversary with atrial fibrillation, but I’ve been busy so I’m a little late. On June 16, 2006 I was officially diagnosed with afib. I was 33 years old.

I remember it like it was yesterday. How could I forget? It was Father’s Day, June 16, 2006, and I was just about to sit down with my wife and our 2 year-old daughter at the time to watch TV when BAM – my heart took off. I thought I was having a heart attack. I told my wife to call 911 and shortly after I was in the back of an ambulance on the way to the ER. Those were fun times – NOT!

Over the years my journey with afib has been mostly benign (thank God). While it hasn’t exactly been “fun” to deal with, it hasn’t completely crippled my life – although it has dramatically changed it. Some changes have been for the better and some for the worse. Either way, being diagnosed with atrial fibrillation is a definite game changer.

A Summary of My 10-Year Journey with Atrial Fibrillation

Here is a summary of my journey with afib as I reflect over the past 10 years:

I’m Afib-Free Now But Do I Still Have Atrial Fibrillation?

Here’s why I ask the question:

If you have atrial fibrillation and then you have a successful ablation and as a result you don’t have any more afib episodes, are you truly free from it or do you still have it but it’s just dormant, or in remission? In other words, is the afib really gone or is it simply being “blocked” or “put in its place” for now (and hopefully for eternity)?

Do I tell people I had afib for 9 years but no longer have it (i.e. I’m afib-free), or do I tell people I’ve had it now for 10 years but haven’t had any episodes since my ablation (because I’m essentially in remission)?

Some of the leaders in the afib space who have had successful ablations or other surgical procedures and who no longer have afib episodes declare themselves “free of afib” and essentially cured. I’m referring to such leaders as Mellanie True Hills of StopAfib.org, Shannon Dickson of Afibbers.org, and Steve Ryan of a-fib.com. All of these people have gone many years (7-15+ years) without afib after their procedures. They say they are “cured” or at least afib-free.

Let’s Get Deep For a Minute

I don’t want to get really deep into this topic but it is one I often think about so bear with me here. I contend that once you experience afib you always have afib. That is to say, you always have that “defect” in your body that can cause episodes of atrial fibrillation.

Remember, atrial fibrillation is simply a description of an arrhythmia. But what CAUSES the arrhythmia in the first place? Well, nobody knows but obviously it’s caused by some kind of “defect” in your body. We don’t know what that defect is but hopefully someday we will.

You may have a successful ablation or some other surgical procedure to stop the arrhythmia from occurring, but upstream from the heart that defect is still there – the defect that causes the heart to go into afib in the first place. At least this is my understanding of how all this works.

If I’m correct, then while we might be afib-free (i.e. we don’t experience atrial fibrillation episodes anymore), we’re never truly cured from it. The defect that causes afib is still there.

As such, this probably is my 10th anniversary of sorts, but not necessarily my 10-year anniversary with afib. After all, if I’m not having any atrial fibrillation episodes how can I say “10 years with afib?”

What I should probably say is that I had afib for 9 years but have been afib-free since 2015. I’m essentially in remission. If there is a 10-year anniversary to reflect on it isn’t with afib, but it’s with the battle of the defect that causes afib. Make sense? Clear as mud, right?

At the end of the day all I care about is that I’m not experiencing afib and I’m not taking any drugs to prevent it either. The defect might be living large in my body but as long as it isn’t allowed to wreak havoc on my heart, I’m perfectly happy. I’ll gladly go to my grave with this defect as long as it isn’t allowed to ruin my heart and my life!

But that is the key, right? – preventing the effects of this defect. For some of us that means drugs and for others like me it means an ablation. And sometimes it’s a combination of the two. Whatever works is all we care about, right?

I hope someday in my lifetime they find what the “defect” is so we can find a way to attack the source and not the symptom (the afib arrhythmia). Until then, we need to be thankful for the treatments that are available that allow us to still live a normal life despite this defect in our body!