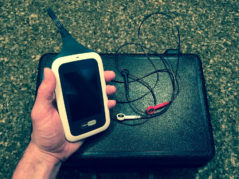 It’s been a little over two weeks since my last post ablation recovery update. It was the final update during my official three-month blanking period. I’m happy to report that in the past two weeks I’ve been perfectly fine. I haven’t had any atrial fibrillation and I haven’t had any heart palpitations. Up until now, I’ve been using the event monitor given to me immediately after my catheter ablation. The drill has been simple. Unless I had symptoms, I would […]