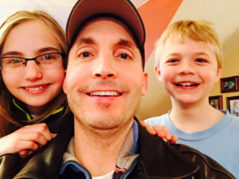 One of the hardest things for me to do was tell my kids about my atrial fibrillation. My daughter is 10 years old and my son is going to be 8 soon. I’ve had afib for almost 9 years and my kids just found out about my condition a few months ago. They had no idea I was battling the beast. When they were young it was easy to keep it a secret because I was only having an episode […] 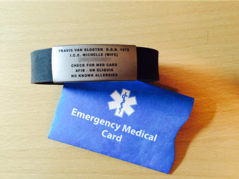 If you would have told me nine years ago when I was first diagnosed with atrial fibrillation that in the near future I would be wearing a medical ID bracelet and carrying around a medical ID card in my wallet for the blood thinner I would be taking in preparation for a catheter ablation, I would have told you you were crazy! My ablation is scheduled for March 5th. Dr. Natale wants his patients on a blood thinner for 3-4 […]

Actor and comedian Kevin Nealon of SNL has recently decided to start sharing his #afib story with the world. Nealon has several stand-up gigs lined up for February, and is also using this month — American Heart Month — to get the word out for a cause that he knows well: the heart condition, Atrial fibrillation. Thirteen years ago Nealon was vacation in Mexico with his then-girlfriend (now wife), Susan, when his heart started racing. He ended up in an […]