Your doctor has recently told you that you suffer from afib, or atrial fibrillation, but what is it? In simple terms, it’s an irregular heartbeat. Specifically, it’s the upper chambers of the heart (the atria) that beat irregularly. When you are “in afib,” your atria quiver instead of beat in a regular rhythm.

Here is a great short video that demonstrates the difference between a normal beating heart vs a heart in atrial fibrillation:

Atrial fibrillation is the most common type of arrhythmia, or irregular heartbeat. Most sources say 2.6 million people in the U.S. have it while others say as many as 5 million have it – most of them are over the age of 60. The number is expected to climb to 12-16 million people by 2050.

Atrial fibrillation is responsible for 15 to 20 percent of all strokes because of blood clots that can form because of the condition.

The risk of getting atrial fibrillation increases with age. People over the age of 40 have a one in four chance of developing afib!

Men are diagnosed with afib more often than women, but women have a longer-term risk of premature death from atrial fibrillation.

There are many potential risk factors for developing atrial fibrillation including:

Afib is also thought to have a genetic link so it may be hereditary. If someone in your immediate family has it, you may be at a higher risk of developing it. For example, my father has atrial fibrillation and guess what, so do I!

What are the Symptoms of Afib?

Some afib patients don’t have any symptoms at all. This is called “silent afib.” However, approximately 66 percent of people experience any of the following symptoms:

When people are in afib, they often describe it as a, “fish flopping in their chest,” or their “heart pounding out of their chest.” Again, this isn’t the case for everyone. For those who have silent afib, they don’t feel anything.

Latest from the Blog 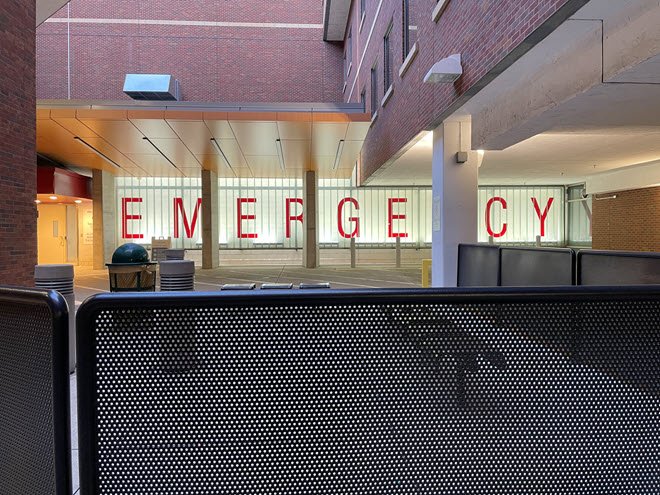 This blog post begins where my previous post left off. It was Saturday morning, November 26th. I had been in atrial flutter for almost 72 hours straight. My resting heart rate had fluctuated between 110 – 145 beats per minute over that time. When I entered the ER it was at 130 bpm. Heading to the ... END_OF_DOCUMENT_TOKEN_TO_BE_REPLACED