You are here: Home / My Afib Journey / Second Guessing Your Upcoming Ablation 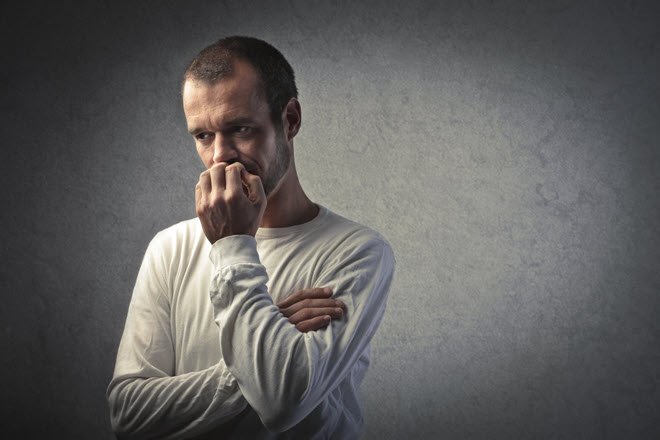 As I write this, I’m a mere 10 days away from having my second a-fib ablation. Just as I did for my first ablation, I find myself second-guessing my decision to have another ablation but even more so than I did the first time around.

This time around, things are a little different. I have had only one episode of atrial flutter (and zero a-fib) since February 2015. That’s almost eight years of no a-fib or atrial flutter. And after my last cardioversion, I’ve been a-fib and atrial flutter free. In fact, I haven’t even had a single palpitation that I’m aware of.

Because my heart has been calm and in normal sinus rhythm, I find myself from time-to-time second guessing my decision. Am I pulling the trigger too soon on having another ablation?

My local EP told me that if he was in my shoes he would wait before scheduling another ablation. He said it’s possible my latest atrial flutter episode was a one-time fluke. Even if it wasn’t a fluke, there is a chance I could go several weeks, months, or even years before I have another episode. He didn’t see the need to “rush” into another ablation. He said it made more sense to “wait and see.”

Dr. Natale is the EP that did my first ablation and he’ll be doing my second ablation as well. He reviewed my records and told me as well that I could wait if I wanted. He said it wasn’t necessary to have another ablation immediately so if for whatever reason I wanted to hold off, that was fine.

But he also said that the chances of me needing another ablation within the next year was pretty high so having an ablation now while I’m not dealing with any arrythmia is something to consider. It would be better for me to have an ablation now while things are quiet vs. waiting until I’m in persistent a-fib or atrial flutter down the road. In other words, it makes perfect sense to try to get ahead of it.

The situation I’m in right now is all too common for people that have paroxysmal atrial fibrillation or who have periodic episodes of persistent a-fib and are facing an upcoming ablation. It’s so easy to fall into the trap of second guessing your decision to have an ablation because you’re not heavily burdened with a-fib.

Just as I went an entire month without a single a-fib episode leading up to my first ablation, and now I’m in a situation where I haven’t had a single episode since my atrial flutter event over six weeks ago, my a-fib burden has been nonexistent (at least temporarily).

When things are calm and quiet and your heart seems perfectly normal at that moment, you start to question your decision to have an ablation. Quickly, your thoughts and doubts start to spiral out of control and before you know it you’re minutes away from calling the hospital to cancel your ablation.

Don’t do it because it’s a mistake if you do so!

The last thing you want to do is cancel your ablation because inevitably the minute you cancel your ablation, your a-fib or atrial flutter will come storming back. And even if it doesn’t come back right away, it will most certainly return at some point.

And that is the mystery. When is “at some point?”

If you second guess your decision and cancel your ablation, then it’s endless wondering and worrying about what might happen in the future. To me that’s much worse than wondering and worrying if you’ve made the right decision to have an ablation. At least having an ablation gives you the hope that you’re a-fib hell will be coming to an end. Without having an ablation, the only hope you have is that maybe you’ll go a “really long time” before you have to deal with a-fib again.

Some people are lucky enough to be able to manage their a-fib with drugs or with diet, exercise, and lifestyle changes but I would argue those people are the exception to the rule. For most of us, a-fib is only going to get worse over time and at some point, drugs and diet and lifestyle changes won’t help much. That’s the usual course of a-fib. It only gets progressively worse. It rarely stays the same or gets better without some kind of medical intervention be it drugs or an ablation.

You also have to consider your own a-fib history. As I look at my own history, I was diagnosed with a-fib at a very young age. Most people don’t have to deal with a-fib until they are well into their 70’s. I had it in my early 30’s. The earlier in life that you experience a-fib, the more complex your case is likely to be. Meaning, you’re a-fib burden will likely only get worse sooner than later in life, and managing it long-term with drugs and lifestyle changes probably isn’t going to work all that well. An ablation is inevitable.

I mentioned that the months leading up to my ablation I started having more and more a-fib episodes. Prior to that, I went eight years with only one episode once a year at the most. Sometimes I would go two years in between my episodes. Then suddenly in the ninth year I was having monthly episodes or more. My a-fib quickly progressed in that year leading up to my ablation.

Then I went almost eight years without any a-fib or atrial flutter after my first ablation. When it came back just recently, I had a successful cardioversion and now I’ve been in normal sinus rhythm for almost two months.

The problem is, that last episode of atrial flutter was a persistent episode that lasted three days and required a cardioversion to end it. Who knows how long it would have lasted had I not had the cardioversion. Persistent episodes of a-fib or atrial flutter are never a good sign. That almost always spells trouble for the near future because it usually means more persistent episodes are soon to follow and the likelihood of being able to manage them with drugs or lifestyle changes alone isn’t that great. An ablation is almost certainly going to be needed.

Had that last atrial flutter episode ended on its own within 24 hours, or with the aid of my flecainide, I don’t think I would have rushed to have a second ablation. I most certainly would have taken a “wait and see” approach.

Given what I know about atrial fibrillation and my a-fib history, scheduling a second ablation immediately after just one atrial flutter event after almost eight years without any other arrythmia was the prudent decision.

Sure, I could cancel the ablation and wait and see, but then what? I’d spend every waking moment worrying if today was the day a-fib or atrial flutter was going to return. Then when it inevitably returns, I’d be facing another cardioversion and another $8,000 bill!

Then there is the possibility that the cardioversions would stop working, or that I would start having so many episodes that cardioversions wouldn’t be practical. Then what? I’d have to take drugs and deal with all their nasty side effects without knowing if they would even work (most don’t).

At that point my only option would be to schedule an ablation, which would require another 2-3 months of waiting before I could get in to have one done. Being in persistent a-fib and/or taking nasty drugs to manage my a-fib for 2-3 months until I can have another ablation is a nightmare I’d like to avoid.

Having another ablation now even though my heart is calm, quiet and beating perfectly normal makes more sense to me than waiting and holding off to have one later.

I’d be lying, however, if I told you I haven’t wavered in my decision. There have been a few times in the past month where I have been tempted to pick up the phone and cancel my ablation. When those doubts and temptations to cancel come, I just have to remind myself of everything I’ve written here and then I feel good again about my decision.

It’s perfectly natural to have second thoughts and doubts leading up to your ablation, especially if your heart is perfectly calm and normal the days and weeks leading up to your ablation. Let yourself experience those thoughts and feelings, but don’t cave into them. Let them pass and be confident you’re doing the right thing and just stick with it. You’ll thank yourself afterwards!