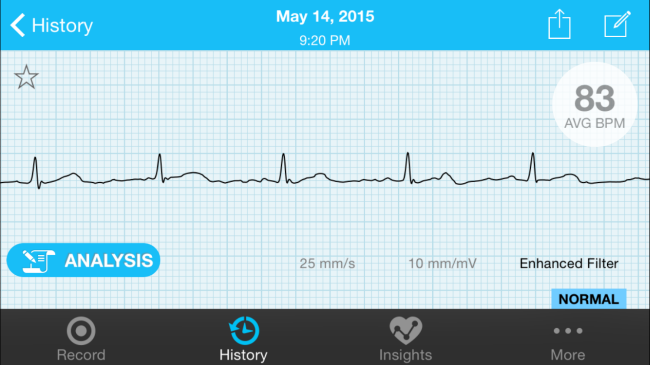 This will be my shortest post ablation update so far as it was a very quiet week. I didn’t have any afib episodes or heart palpitations.

My weight climbed a couple pounds as I now weigh 171 pounds. That minor increase is likely just a shift in my water weight, however. I could probably jump on the scale tomorrow and weigh 169 or 170 pounds. I’m happy where my weight is at right now so hopefully I can maintain it for a long time!

I did have an opportunity to exchange emails with Dr. Carolyn Dean about the muscle twitching issues I discussed in last week’s update. Be sure to read that post as I updated it with the information Dr. Dean gave me.

I theorized that because I’ve been taking such high amounts of magnesium (750 – 900 mg per day), and I only get about 500 mg of calcium in my diet, things might be out of whack. I might need to balance the magnesium with more calcium. Dr. Dean agreed that taking a small dose of daily calcium might help so I’ll be giving that a try.

As a result of this muscle twitching, I’m in the process of adjusting all of my supplements. Once I figure things out and I get a nice balance of supplements going and the muscle twitching has stopped, I’ll post exactly what I’m taking. And if I can’t figure it out, I may just stop taking my supplements all together for a while and see what happens.

I also had my annual physical this past week. I passed with flying colors and all my blood work came back perfectly normal. My doctor did say he heard a single pvc when listening to my heart but that those are completely normal (which of course they are but can be annoying for some). I was surprised to hear I had a pvc because I couldn’t feel anything. If I’m having occasional pvc’s I don’t feel them at all.

I’ve received a few emails over the past couple weeks from readers asking if I have resumed drinking at all. I’ve been meaning to talk about this in my last couple updates but have forgotten to comment on the issue.

If you’re a regular reader of this blog, you know my favorite drink is a vodka/7-up. Up until a month prior to my ablation I had a nightly cocktail. Some people have a cup of coffee or Coke every day, my vice has always been my nightly vodka/7-up cocktail – literally one (any only one) every night. I would usually sneak in a second on Fridays and Saturdays:)

For about the past three weeks I have had one drink each week. One week I had a margarita (I love tequila as much as I love vodka) and the other two weeks I had a vodka/7-up. So to answer the question, yes, I am drinking again but not nearly as much as I used to. At most I’ll have a couple cocktails a week and this is probably all I’ll have moving forward.

Even when my afib was spiraling out of control I continued to have a nightly cocktail. Drinking has never affected my afib – at least not directly. For some afibbers, alcohol is an immediate afib trigger. That was never the case for me. In fact, in the nine years that I have had afib, I have never had an episode during or immediately after drinking. I have had episodes, however, the day after a heavy night of drinking.

Well that was my week. Like I said, it was pretty quiet. I hope it stays this way for a long time!