You are here: Home / Traditional Treatments / Is a Pradaxa Antidote Around The Corner? 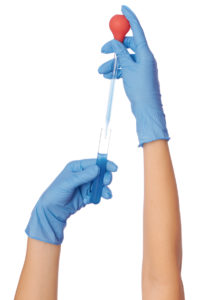 In a previous post I wrote about the pros and cons of Pradaxa and Warfarin/Coumadin, two popular blood thinners available today for those with atrial fibrillation. One of the major drawbacks to Pradaxa is the fact that there is no antidote to stop excessive bleeding while on it.

Unlike Warfarin, if you experience excessive bleeding from Pradaxa, there is no way to stop it. The blood thinning effects of Warfarin can be quickly reversed so if someone on Warfarin starts bleeding excessively, in most cases it can be stopped.

What this means is if you are on Pradaxa and let’s say you get in a car accident and you start bleeding excessively, there is a good chance you’re going to die because there is no way to reverse the effects of Pradaxa.

This may change in the future, however. As reported on the Chicago Tribune:

“An experimental antidote to the widely used blood clot preventer Pradaxa worked immediately and completely in an early-stage trial among healthy volunteers, raising hopes that the drug’s blood-thinning effects can be reversed in emergency situations.”

Just how soon will a Pradaxa antidote be available? Not likely anytime soon. As the report states, this was only a Phase 1 study and the researchers behind the study say, “a safe and effective antidote to Pradaxa may be within reach in coming years.” The key words there are “may” and “coming years.”

For you afibbers that are on Pradaxa this is good news. While it may be a while before such an antidote is reality at least they are making some progress.