You are here: Home / Questions and Answers / Are Afib Episodes Random and Can I Control Them at Night? 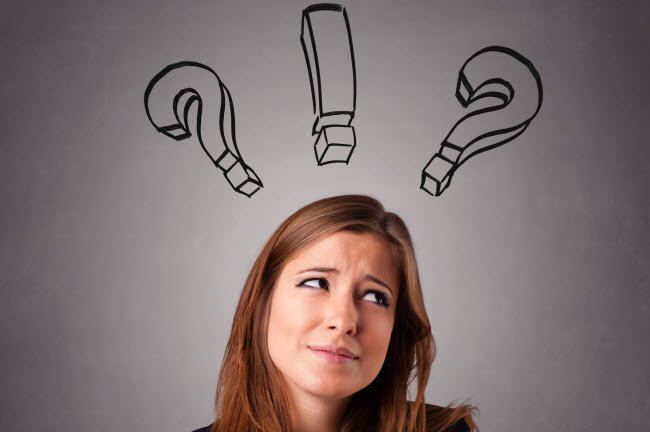 In this Q&A session Linda had a two part question. Her questions were:

First, do afib episodes keep getting closer together or are they truly random?

Second, I’m nervous about going to sleep as both my recent afib episodes happened at night. I am pretty sure there is absolutely nothing I can do about that, am I right?

In answering Linda’s questions I discuss:

Unfortunately, nobody knows. Again, it’s random. It’s unpredictable. That is the most frustrating thing about atrial fibrillation. It leaves a person without any control over the condition.

I remember when I had my many follow-up appointments with my EP and he said in all his years of working with afib patients, that was the one thing that was the biggest challenge for people with afib – not having any control over it because it’s so unpredictable.

There’s no cut and dry one-size fits all answer in terms of what your future holds. When you ask are your episodes going to be more frequent or not, nobody knows. I’m sure it’s not the answer you want to hear but that is the nature of the beast as they say.

How To Get Control Over Your Atrial Fibrillation
There is actually a way to get control over your afib. The way to do that is to arm yourself with knowledge and seek the best medical care you can find.

When my afib started spinning out of control, but even before it got to that point, I was working with some very good EPs. These EPs gave me some very sound advice in terms of how I should manage my afib. For instance, my first EP recommended taking flecainide as a pill in the pocket instead of just putting me on drugs right away and have me taking drugs everyday and for the rest of my life. He had a very sensible approach to managing my atrial fibrillation.

When my afib started getting out of control, I opted to get an ablation. I went to the best EP I could put my trust in to operate on my heart. And as a result, I’ve been afib free now for almost three years.

I got control over my afib by learning more about the condition. I did a lot of research, and by talking to other people with afib I learned even more. Ultimately, I put my care in the best hands possible.

Vagal vs. Adrenergic Atrial Fibrillation
Having afib episodes at night, especially in the middle of the night during sleep, is not only uncommon but it’s actually quite the norm for a lot of afibbers. The reason for this is, a lot of people that have afib have what’s called, vagal afib.

There are two different types of afib. There’s vagal atrial fibrillation and there’s adrenergic atrial fibrillation. Vagal afib is afib that occurs mostly at night during sleep, after a meal, or when you’re resting after exercise. Adrenergic afib is afib that’s mostly triggered by exercise, stress, stimulants, and exertion. Most people fall in the former category, the vagal afib category.

How Do I Prevent Afib Episodes at Night?
There’s two things that you can do to help prevent afib episodes at night. The first thing you should do is talk to your doctor about getting off beta-blockers if you are taking them because these aren’t ideal for people with vagal afib.

In an article on afibbers.org, it references a Euro Heart Study from 2008. The study involved over 5,000 afib patients treated in 182 hospitals in 25 different countries. The majority of the vagal afibbers, 72% to be exact, received non-recommended drugs, specifically beta blockers.

Hans, the editor of afibbers.org at the time that article was written, was had conducted an annual survey called the Lone Atrial Fibrillation survey, or the LAF survey. In the article, he commented on the study by saying, “It’s interesting that our first LAF survey that was conducted in February 2001 revealed that 50% of vagal afibbers had been prescribed non-recommended drugs. This resulted in an average afib burden more than twice as high than the burden among vagal afibbers taking flecainide.”

If you are fairly certain you have vagal afib and are taking beta blockers you might want to have a conversation with your doctor. You might find that switching to a different type of drug does a better job managing your afib. You should talk about specifically changing to flecainide.

Again, these are general suggestions. Each person’s case and personal health situation varies so beta blockers might indeed be your best option. It never hurts, however, to discuss other possible options with your doctor to find better ways to control your nightly afib episodes.

All People with Atrial Fibrillation Should Rule Out Sleep Apnea
The other thing that you can do is rule out sleep apnea because there is a very strong connection between afib and sleep apnea. I wrote an article on this topic for NewLifeOutlook. When I worked on that article I discovered during my research that it’s estimated that between 40% to 50% of patients with atrial fibrillation have obstructive sleep apnea, and patients with sleep apnea have four times the risk of developing afib. If you talk to any good EP, they will tell you there’s definitely a strong connection between afib and sleep apnea.

In fact, a lot of the afib centers across the country screen for potential sleep apnea. They have a questionnaire where they ask questions to determine if you could potentially have sleep apnea. I predict in the near future it’s going to be common practice for doctors to put their afib patients through a sleep study to rule out sleep apnea.

A lot of people think they are only at risk of having sleep apnea if they’re overweight or “fat,” or if they snore a lot. Another common risk factor is having a “thick” neck. Certainly these are all very common risk factors of sleep apnea, but you can be perfectly normal weight and have a perfectly skinny neck and still have sleep apnea! If you have afib, it makes sense to be tested for sleep apnea just to rule it out.

My Sleep Study to Rule out Sleep Apnea
I had a sleep study done a couple years ago. Fortunately, my sleep study revealed I do not have sleep apnea. Finding that out gave me peace of mind. I didn’t have to worry if sleep apnea was playing a role in my afib. Having a sleep study isn’t exactly fun but it’s definitely worth doing if you have afib – especially if you have the common risk factors of sleep apnea!

The added benefit of having a sleep study done is if it’s discovered you do have sleep apnea you can be treated. And treating your sleep apnea can significantly reduce your afib burden – not only in terms of the number of episodes you have but also in terms of the severity of those episodes.

I don’t want to say treating sleep apnea cures afib, but treating it can certainly reduce your afib burden especially if you’re having episodes primarily at night during sleep.

Let’s Recap
Atrial fibrillation is usually random and unpredictable. It’s impossible to know what your future holds when you’re diagnosed with it. You may go many years with sporadic episodes or you may quickly progress to frequent episodes and eventually persistent afib.

The best way to get control over your afib is to arm yourself with knowledge and put your care in the best possible hands. Don’t rely solely on what your doctor tells you and don’t just settle with any doctor you can get an appointment with!