You are here: Home / My Afib Journey / Good News From My Visit with Dr. Andrea Natale 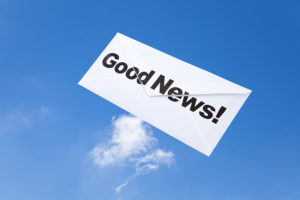 In my last update I was still complaining of the PVCs and PACs I was experiencing from my 6-month post ablation update. It has been a rough two months (and then some) of having PVCs and PACs. At times it has been worse than having afib. After my recent visits with two respected EPs, I finally have some peace of mind (and a little relief).

My Visit with the Great Dr. Natale

I flew down to Austin, TX on October 11th to have a post-ablation follow up appointment with Dr. Natale at St. David’s scheduled the following day. I also had an echocardiogram done while I was down there. This is standard protocol after an ablation to make sure your heart is functioning properly and everything is o.k.

My appointment with Dr. Natale was fairly brief, only about 15 minutes, but it was time well spent nonetheless and I learned a great deal in that short amount of time.

For starters, he assured me that even though I may feel miserable at times, the PVCs and PACs were completely benign and that I wasn’t even close to having enough for him to be remotely concerned. On my worst days I was “only” having about 1,000 a day but they don’t get concerned until you start approaching 20,000 a day.

I told him I was also concerned about the analyses I was getting back from my AliveCor monitor. According to the monitor, not only was I having PVCs and PACs, I was having “multifocal PVCs” and “1st degree AV block!” I was completely freaking out.

I happened to bring the actual EKGs from the AliveCor monitor with me. After looking them over he assured me I was not having multifocal PVCs or 1st degree AV block. He basically told me the analyses weren’t correct. I was having benign PVCs and PACs as the 7-day Holter monitor showed when I wore it about a month ago.

Dr. Natale and I had a good laugh when I told him I was putting the AliveCor monitor away! I told him I wouldn’t be taking any more readings until I was fairly certain I was having an afib episode. He told me that was a very good decision.

Important Note on the AliveCor Monitor

If you’ve been reading my blog through the months you know what a huge fan I am of the AliveCor monitor. I still am, but my views on it have changed in light of my recent experience with it.

Moving forward, I will only use the monitor when I’m fairly certain I’m having an afib episode. Before I had my ablation I used it simply as a tool to confirm I was in fact in afib so that I had the green light to take my 300mg of Flecainide (to convert back to normal sinus rhythm).

The AliveCor monitor is PERFECT for that use – to confirm you’re in afib. The monitor was built specifically with an algorithm to detect atrial fibrillation. It’s what it does best. I don’t know what the accuracy levels are but I read somewhere that it was 90% accurate in detecting afib.

When you start using the monitor to analyze other arrhythmias such as PVCs and PACs and anything besides afib, it can cause more anxiety and alarm than necessary. I was getting obsessed with the monitor and taking readings every hour at times – and paying $2 each time to have them analyzed. I was spending up to $24 a day.

The readings almost always came back with “multifocal PVCs,” which according to some sources are the “dangerous” kind of PVCs. And one time it came back with “1st degree AV block,” which actually isn’t as bad as it sounds but not pleasant to see nonetheless. These readings obviously freaked me out, but as I found out from Dr. Natale, the readings were simply wrong.

I’m still an advocate of the AliveCor monitor but only when used as a tool to confirm you are in afib. If you use it and it doesn’t tell you that you’re in afib, move on. Don’t obsess like I did and start taking readings every hour, and certainly don’t bother paying to have them analyzed – at least not the $2 readings. Instead, email the EKG readings to your doctor and have him/her look them over.

Using the Apple Watch to Monitor Your Heart Rate

As I mentioned in my last update, every now and then my Apple Watch shows my heart rate in the 30’s and 40’s. I told Dr. Natale about this. He honestly looked a little confused when I told him this, as if what I was telling him didn’t make any sense.

He said like the AliveCor monitor, he doubted the reading was accurate. He said what’s likely going on is that when the watch starts recording my heart rate, it’s probably starting at the beginning, end, or during a PVC or PAC. When you have a PVC or PAC, there are slight pauses and obviously your rate will be irregular. These pauses and irregularities likely trip up the watch and the result is you get a very low heart rate reading.

What he said made total sense because I noticed that when it would show a reading in the 30’s or 40’s, it would suddenly switch to my normal heart rate in the 60’s and 70’s after a few seconds. When I told Dr. Natale that he nodded his head and said, “Yes, then that confirms it. The watch is catching your pulse during a PVC or PAC or at the beginning or end of one. It throws off the reading temporarily.”

Once again we had a good laugh together as I told him I would stop constantly taking heart rate ratings with my Apple Watch. And once again he said that was a wise decision. I’ll still use it from time-to-time but I won’t obsess over it.

And the Echo Says…You’re Destined for Open Heart Surgery

I also had an echocardiogram when I was down in Austin. After it was completed, the nurse who did it gave me a preliminary print out of the results so I could take it with me to my appointment with Dr. Natale, which was right after the echo.

When I saw the findings I went into full-fledged panic mode. The only thing I could understand on the report was the “findings.” It stated:

Here is a copy of the preliminary report: 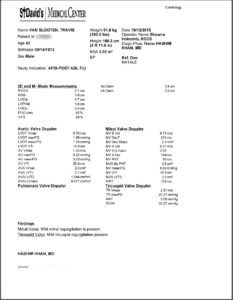 The reason I completely panicked was because of what I saw on my dad’s last health chart before he died – mitral valve regurgitation. In my blog post where I detailed my dad’s death, I suspected his mitral valve regurgitation eventually led to heart failure. It turns out, that might not be the case after all (more on that perhaps in a future post).

Being the hypochondriac, nervous and anxious person I am, my thoughts spun out of control. I saw myself dying of heart failure in an ICU room like my dad did. Of course Googling “mitral valve regurgitation” and “tricuspid valve regurgitation” in the waiting room didn’t help either…lol. I was reading about open heart surgery and all kinds of crazy stuff.

I got myself so worked up that I almost fainted. I have never experienced that before. As I started thinking about my inevitable open heart surgery to repair my valves, or my early death from heart failure, I suddenly started sweating profusely and my hands started shaking. I got light headed and dizzy. It was the first time I had ever had a full-fledged panic attack.

Somehow I was able to quickly refocus and get a hold of myself. The panic attack only lasted about five minutes but it was pretty scary. I laugh about it now but it just goes to show how your mind can spin out of control if you let it!

When I was finally able to meet with Dr. Natale all I wanted to talk about was the results of my echo so I quickly handed him the report and asked him what he thought. He looked it over and smiled at me and said everything looked great!

Words can’t describe the relief that came over me. I know this is going to sound totally crazy, but if I could attempt to describe it, it was like being told by a doctor that the stage four cancer diagnosis I had was actually incorrect. I only had a benign tumor. Like I said, I can laugh about all of this now but man, sometimes these heart issues can drive me mad!

Even though one of the most respected EPs in the country just told me everything was fine I needed a couple days to process everything. Under normal circumstances the echo wouldn’t have freaked me out at all but still not fully recovered from my dad’s death it shook me.

I got the official echo report back about a week after the echo was done and everything was perfectly normal. You can read the official report here: 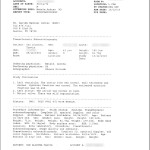 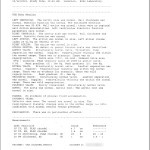 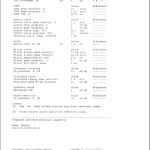 Aside from the annoying PVCs and PACs, Dr. Natale assured me my heart was perfectly healthy for now. He told me not to worry about my afib or my heart in general and just enjoy life.

I asked him what I should do if my atrial fibrillation returns and he said I should do what I did before the ablation. If it’s tolerable and I’m o.k. with it, I can ride out the episode and see if I convert on my own. Otherwise, I can take my Flecainide (pill in the pocket). If I don’t convert on my own or the Flecainide doesn’t work, I can have a cardioversion.

I also asked him if I had an episode would that automatically mean I would need a second procedure? He said not necessarily. He said we would “monitor the situation” and make our decision accordingly. Basically, if my afib returns and I’m having a lot of episodes then a second procedure would be necessary if that’s what I wanted to do.