You are here: Home / My Afib Journey / O.K I Surrender – I’m Having a Sleep Study Done! 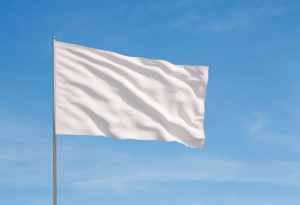 The appointment didn’t go well. The clinic gave me a bad vibe and the specialist I met with wasn’t exactly friendly or welcoming. She looked rather annoyed. And in the end she wasn’t helpful at all.

As I suspected, she recommended I have a sleep study done. That’s not what I wanted to hear at the time. I wanted her to tell me since the only risk factors I had was that I was male and had afib, it was highly unlikely I had sleep apnea so there was no need to go through the expense or hassle of having a sleep study done.

I went home to think about it and ultimately decided not to have one done.

I suspect all afib patients are diagnosed with some form of sleep apnea and are automatically put on some course of treatment for the rest of their lives when treatment may not even be warranted. For example, if you have a mild case of sleep apnea you may not need treatment at all but may be pressured into going with a CPAP mask anyway. Who wants to sleep with a mask on their face for the rest of their lives – especially if it’s not even needed!

The other issues I’ve had with sleep studies are that they are very expensive and are only a snapshot of one night’s sleep in a very uncomfortable environment. Let me explain each of these points.

Sleep studies aren’t cheap. I was quoted $2,500 for an in-lab sleep study and roughly $1,000 for an in-home study. These were cash prices I was quoted so the amount they bill insurance companies are likely double that. Granted, this particular sleep clinic might have been charging higher prices than most clinics but regardless, you’re still looking at spending a lot of money!

In addition to the expense, I’ve always questioned the accuracy of sleep studies; after all, they’re just a snapshot of one night’s sleep in an extremely abnormal sleeping environment. Remember, you’re sleeping in a strange room with a bunch of wires hooked up to you while a technician literally watches you from another room. Call me crazy but the whole thing sounds kind of creepy.

Considering those conditions what if you don’t sleep that well? Or what if you have insomnia like I do? How would they even detect sleep apnea in these situations? What if you have sleep apnea but on the night of the study you just happen to have a good night without any occurrence of it?

I’ve always felt that for a sleep study to be truly accurate it needed to be done in a comfortable setting (i.e. your own bedroom) and it needed to be conducted over the course of at least a few nights. It turns out my thinking was flawed as I’ll explain shortly.

Why I Caved & Am Finally Having a Sleep Study Done

I’m really big on setting goals so one of the goals I made heading into 2016 was that I was going to bite the bullet and have a sleep study done despite my reservations. This had been a monkey on my back for a while so I just wanted to put an end to it once and for all.

I had an appointment with a sleep specialist just a few days ago (January 22, 2016 to be exact) to discuss my insomnia and my desire to rule out sleep apnea as a possible contributing factor to my atrial fibrillation. It went surprisingly well and it was a totally different experience than the appointment I had almost a year ago at a different clinic.

This time around the clinic was very “warm” and inviting and the specialist seemed genuinely interested in learning all he could about my sleep issues. He was taking several notes by hand and typing away on the computer as I regurgitated my entire history with sleep and atrial fibrillation.

When it was all said and done he recommended a sensible course of action. Regarding my insomnia, he said that was a learned behavior that just needed to be changed. It would take time but it could be done, he assured me. He gave me a list of online resources and books that I could use to tackle my insomnia on my own.

He said if I wasn’t the type of person that liked to “go it alone” or struggled applying what I read in the resources and books he recommended, he would be happy to refer me to a sleep therapist that specializes in cognitive behavioral therapy. I told him I was totally fine attempting to cure my insomnia on my own so that’s what I was going to do. If it doesn’t work out, I’ll ask for the referral and work with a therapist. I will have this insomnia issue cured by summer. I’m determined!

A Side Note on Insomnia & Treatment Options

Since I have been popping pills almost nightly for the last several months, he said it didn’t make sense to continue down that road. His goal was to get me off the drugs. He said, and I quote, “Prescribing drugs long-term for insomnia is lazy medicine.” When is the last time you’ve heard a doctor say that? It seems most doctors these days practice “lazy medicine.”

Regarding the potential of sleep apnea and having a sleep study done, he said my evaluation score (can’t remember the technical term of it) was very low so the chance of me having sleep apnea were very low. He said if I didn’t have atrial fibrillation he probably wouldn’t suspect sleep apnea at all and wouldn’t recommend a sleep study.

Given the strong connection of sleep apnea and atrial fibrillation, however, he said it only made sense to have a study done. If nothing else, it would give me peace of mind and I’d be able to rule it out as a possible contributing factor to my afib.

Side Note on the Sleep Apnea and Atrial Fibrillation Connection

Furthermore, the sleep specialist said that the re-occurrence rate of afib with untreated sleep apnea was 60% but dropped to 30% when sleep apnea was treated. He didn’t explain exactly what that meant, and admittedly I should have followed up with more questions, but the primary point I got from it was that you can reduce the occurrence of atrial fibrillation if you get sleep apnea treated.

That was a relief to hear because he said even if I don’t sleep that well during the study they don’t need a lot of hours of sleep to make a determination. I think even I can give them 2 hours of sleep but we shall see;) He said I could take my usual sleeping pills if I wanted to. In fact, he recommended I do that to ensure I at least get “some” sleep during the study.

He said if I have sleep apnea at all it will likely be mild apnea so I’ll have a couple treatment options. The gold standard is the CPAP mask. For mild cases of apnea, however, he said successful treatment can be obtained with a dental appliance, which is a special mouth guard used to treat mild cases of sleep apnea.

He showed me the device and it looked very similar to the simple mouth guards I wore back when I played high school football. The only difference was it had a small flush screw in it that you apparently adjust to push your jaw slightly forward. It didn’t look like a big deal at all. If I end up having to sleep with a mouth guard the rest of my life I suppose it wouldn’t be the end of the world.

When My Sleep Study Will Be Completed

I’m having my study done Monday night, February 1st. Even though I’m finally going through with this I’m not exactly excited about it. To ensure I’ll be good and tired I’m not going to sleep at all Sunday night. I’m literally going to pull an all-nighter and just get some work done. That way when I show up for the study Monday night I’ll hopefully be ready to crash.

After the study is completed, I’ll have an in-depth update and hopefully some pictures of the lab and me hooked up with a bunch of wires so you can see what these sleep studies are all about!