You are here: Home / My Afib Journey / Do I Regret Having a Catheter Ablation? 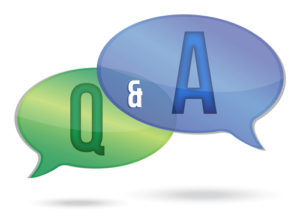 Well December 5th marked the 9-month anniversary of my catheter ablation. I thought I would start this post-ablation update by answering a question I get asked a lot from readers of this blog. The question is, do I regret having a catheter ablation?

My only regret is I didn’t do it sooner. And if the first ablation doesn’t “stick,” I won’t hesitate to have another one. Hell, I’ll have 3 or 4 procedures if necessary!

I think I get asked this question a lot because in my 4-month, 6-month, and 7-month updates I talked about the rampant PVCs and PACs I was experiencing. I think when people read those updates it unnecessarily freaks them out that if they have an ablation they’ll experience the same thing.

For starters, while it’s certainly possible the PVCs and PACs were directly related to the ablation, there is no way to know for sure. They could have been two totally separate issues. And the incredible stress and grief I was under this summer with the passing of my dad might have played a bigger role than the ablation.

I was talking to Shannon, the editor of afibbers.org, about the possibility of those PVCs and PACs being related to the ablation. He concluded the same thing – it’s certainly possible but you just don’t know. He also said, and I found this comment particularly funny, that those of us who have had ablations have a natural tendency to blame anything health related on the ablation.

Even if they were related to my ablation, I’d take dealing with daily PVCs and PACs over episodes of atrial fibrillation! Don’t get me wrong, some of those days of PVCs and PACs were awful. In fact, some were actually worse than what I experienced during my afib episodes. Still, though, I’d rather battle PVCs and PACs than afib.

Still No Afib & the PVCs and PACs are Almost Gone

Whether or not the PVCs and PACs were related to the ablation, I’m happy to report that nine months after my ablation I don’t have nearly the issues with them as I did before. Maybe one day out of every couple weeks I’ll have noticeable PVCs and PACs. Aside from those rare bad days, I’m in perfect NSR without any palpitations of any kind.

If things continue to progress as they are, I suspect in another month or so the PVCs and PACs will be totally history. Sure I still may have a bad day here or there but I’m confident that the days of battling them constantly are over.

Why I Continue to Be a Strong Supporter of Ablations

So far my ablation has been a total success (knock on wood) so naturally I’m going to be a proponent of ablations, but my confidence in them goes beyond my own experience. When I talk to people that have battled afib for years that finally found their cure, they all have one thing in common. They found their cure with an ablation or some other surgical procedure like the Cox-Maze or Mini-Maze. All of these people had tried drugs first without success. The drugs either didn’t help at all or made things worse.

I don’t know of a single person that has cured their afib with drugs, but I know of many people who have been completely cured or live significantly better lives after their ablations. What does that tell you?

Ablations are far from perfect but in my opinion they are our best shot at curing atrial fibrillation with one caveat – that you work with the best EP you can find. Your success rate will be 100% dependent on the operator.

Those measly ablation success rates you always read about are based on averages. That means they lump everyone together – from EPs doing their first ablation to EPs doing their 5,000th ablation. Because there are far more subpar EP operators than there are elite EPs, naturally the averages are going to be low so don’t buy into those statistics that show ablations aren’t effective.

If you can find an elite EP to work with, an ablation is absolutely your best chance at beating afib – period.

Like I said in the beginning of this post, if I need a second or even third or fourth procedure, I won’t hesitate to have another one – only of course if Dr. Natale is doing them. I figure if an ablation (or ablations) by an elite EP doesn’t work, then nothing will.

Fortunately, things on the health front have finally settled down. My PVCs and PACs are mostly all gone now. And while I have gained a little weight since my ablation, I’m still doing great on that front as I’m hovering around 176 pounds (up from 169 pounds during my ablation). I’d like to be closer to 170 pounds so I’ll continue to fight that battle…lol. Maintaining weight loss is a never ending battle it seems!

Other than that the only thing I have on my list of to-do’s is to have a sleep study done in the early spring. This is something I’ve been wanting to do but have been procrastinating. While I’m 95% certain I don’t have sleep apnea, it’s something I want to rule out with certainty. Since there is a such a strong connection between sleep apnea and atrial fibrillation, it only makes sense to bite the bullet and just get the study done so I can finally put that issue to rest once and for all!