You are here: Home / Questions and Answers / When is it Time to Consider Having an Ablation for Afib? 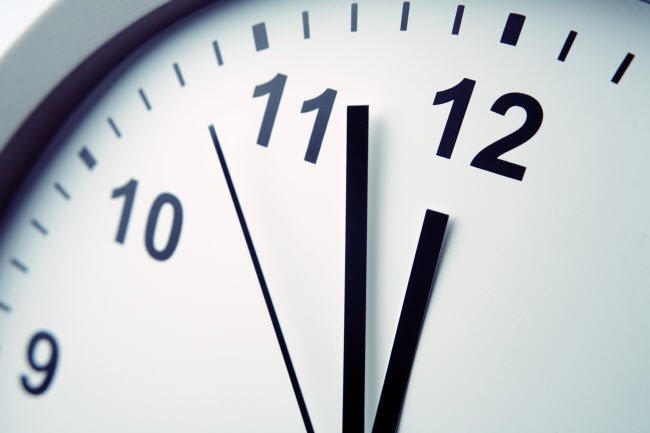 Is there evidence that ablations done sooner in the afib progression are more successful than those that are done after years of managing the condition with drugs?

Before I answer Doug’s question I’d like to provide more context so you know why he’s asking this question in the first place.

Doug is an athletic 63 old man who first experienced an afib episode in 2007 (11 years ago now). He had a few more in the following years but they were short lived and converted on their own. Beginning in October 2016 he had an episode that lasted two days. Since then the frequency and duration of his episodes have continued to increase.

His last episode lasted 8 days but did eventually convert on its own. His cardiologist recently put him on a regimen of Xarelto and Flecainide but he hates the idea of living on these drugs for the foreseeable future so he’s considering an ablation.

Ablation for Atrial Fibrillation – Should it be Done Sooner or Later?
Doug’s afib is certainly progressing. His experience with the progression of afib is similar to mine. I had my first afib episode on Father’s Day in 2006 and then for the next eight years I only had one episode per year – and sometimes I’d even go two years in between my episodes. Then towards the end of the 8th year my afib episodes became more frequent. I was having episodes once a week at times.

It’s always best to have an ablation sooner than later once afib starts to progress. It becomes more difficult to treat the longer the progression has been underway. I’ll explain why in a minute.

Afib tends to beget more afib in most cases. Once the progression starts it’s not likely that if you just “ride it out” your afib will settle back down. In fact, just the opposite usually occurs. Frequent paroxysmal afib usually progresses to persistent afib which is what is happening to Doug. With his last episode lasting more than a week, he technically has persistent afib now.

Why It’s Harder to Treat Afib the Longer You Have Been in Afib
There is an important distinction between how long you’ve had afib vs. how long you’ve BEEN IN afib! I had afib for nine years but I certainly wasn’t “in afib” that entire time. For the first eight years I only had four episodes and they never lasted more than 6-8 hours. All told I only had a total of 18 episodes over the nine years I had afib. I was never “in afib” for more than 6-8 hours at a time during any of those episodes.

While I wasn’t in afib over those nine years it was certainly starting to progress as I was having more and more episodes. I’m certain if I wouldn’t have had an ablation my afib would have become persistent afib. How soon would that have happened I have no idea. I didn’t want to find out!

The longer you are in afib when you have your episodes, or the more episodes you have in general, afib has officially started its progression. It’s important to recognize when this happens because it is at this point where you must seriously consider having an ablation sooner than later if you want the best outcome.

The reason afib becomes harder to treat if you start having prolonged episodes or have frequent episodes is because a process of remodeling occurs in your heart. Your heart actually begins to change. Electrical changes in the heart can occur immediately when afib starts (regardless if you have paroxysmal or persistent afib). Structural changes such as fibrosis (scar tissue), enlarged left atrium, and a reduction in ejection fraction can take place in the heart in as little as six months.

The remodeling that takes place in the heart is why it’s so critical to have an ablation sooner than later once your afib progresses – especially if it progresses to persistent afib. The more remodeling that has taken place, the harder it is for your typical EP to do a successful ablation.

The good news is remodeling can often be partially or almost completely reversed after a successful ablation. But once again, you have a better chance of reversing any remodeling if the ablation is done sooner than later.

If you want to take a deeper dive into remodeling and the role of fibrosis in atrial fibrillation be sure to check out these resources:

Can’t I Stick with Drugs for a While Before Having an Ablation?
Many afibbers, myself included, rely on drugs to manage their afib for a period. This is o.k. as long as those drugs actually help you get out of afib (or keep you out of afib in the first place).

During my nine-year journey with afib I relied on drugs, specifically flecainide, to manage my afib. Flecainide is an antiarrhythmic drug, or a rhythm control drug. Its specific purpose is to get you out of an afib episode via pill-in-the-pocket, or keep you from having an episode in the first place by taking a daily maintenance dose.

These types of rhythm control drugs are great for as long as they keep working and don’t produce unwanted side effects. The unfortunate reality of drugs is in many cases they tend to stop working over time and they often come with nasty side effects.

Other types of drugs that are prescribed to manage afib simply make your afib episodes more bearable but they don’t necessarily get you out of afib or prevent you from going into afib in the first place. I’m referring to rate control drugs such as beta blockers. The main purpose of these drugs is to control your rate (i.e. bring it down) but you often times stay in afib.

A third type of drug used to manage afib is blood thinners, or anticoagulants. These don’t affect your heart rate or rhythm at all. They simply prevent your blood from clotting to prevent strokes.

If you’re managing your afib over many years using only rate control and/or blood thinners you’re going to be in afib (potentially a lot). As a result, remodeling may be taking place without you even realizing it. And as I mentioned earlier, the more remodeling that takes place the harder it is for a typical EP to treat your afib successfully with an ablation.

When Should I Consider Having an Ablation to Treat My Afib?
If you haven’t picked up on the theme so far, having an ablation sooner than later is better but that doesn’t mean you have to rush out and schedule an ablation after the first afib episode you have.

I waited nine years before I finally had an ablation but I had very few episodes (relatively speaking) throughout that time. I only had 18 episodes and 14 of those occurred towards the end of the eighth year. Furthermore, I was able to get out of my episodes quickly via a cardioversion or flecainide so I was never in afib for a prolonged period of time. As soon as my afib progressed in that eighth year, however, I didn’t hesitate to have an ablation.

One final important note before I close, when it’s time to have an ablation it’s imperative you seek out the most experienced EP you can find. You want to work with an EP that has at least a couple thousand ablations under their belt for mostly complex cases of afib. I could do an entire show on this topic and I will in the near future but for now just know that it’s imperative that you don’t settle with just any EP if you want the best possible outcome.

There you go, Doug, that’s my very long-winded answer to your short and simple question. If you have a question you’d like me to answer, please contact me.

Anyone that contacts me with a question will get a personal response from me whether I use your question in a future Q&A session or not so please don’t hesitate to reach out.