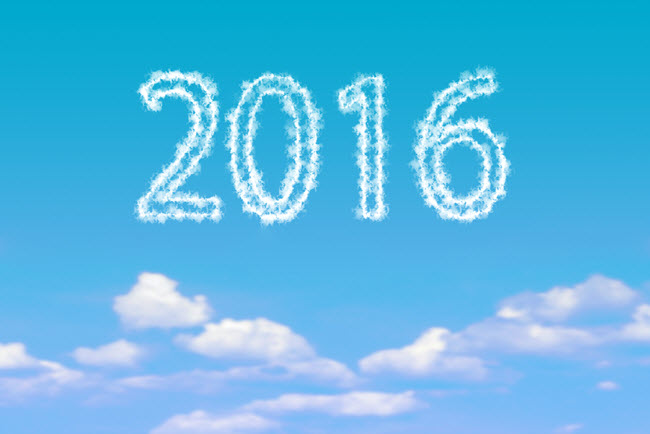 I can’t believe 2016 is over already! It went by so fast. At the end of every year I like to reflect and look back at everything that happened along my afib journey. I welcome you to follow me on my look back at 2016.

Religious Awakening
I’ve been a Christian all of my life but I’ve been a very part-time Christian – only attending church at Christmas and Easter and not thinking much of religion beyond that. After my dad died from heart failure in the summer of 2015, I experienced a “religious awakening.” My dad’s early and unexpected death made me realize just how fragile (and quick) life is and really made me think seriously about life, death, and life after death.

I don’t write about religion much on this blog but sufficed it to say, I dedicated a good portion of my days to God in 2016. Every morning the minute I woke up I prayed to thank him for blessing me with another day and I asked Him to protect me from afib. And if my afib was to return that day, I prayed that He would give me strength and faith to get through it. I also prayed every night before going to bed to thank him for all of his blessings.

In addition to daily prayer, I spent 30 minutes every morning listening to a different sermon by any of my favorite pastors during my daily power walks. This helped to reinforce his Word and provided 30 minutes of positive thoughts to help power me through the day. If you’d like to know some of the sermons I listened to in 2016, visit the Living With Atrial Fibrillation Facebook page. I post “Sunday Inspirations” there which are some of these sermons. I also spent 20 minutes every night reading and studying the Bible.

February: Sleep Study Completed
Given the strong connection between atrial fibrillation and sleep apnea I wanted to rule out sleep apnea so I finally caved in and had a sleep study done. My sleep study was as uncomfortable as I suspected it would be but I was relieved to get it over with and even more relieved to find out I didn’t have sleep apnea!

March: One Year Afib-Free Anniversary
On March 5th I celebrated being free of afib for one year! As I write this blog post, I’m just a couple months from celebrating two years of being free of afib. I still can’t believe it’s been that long. It seems like just yesterday I was in Austin, TX having my ablation.

May: My Battles with PVCs and PACs Continued
In May I wrote about how I continued my battles with PVCs and PACs. These buggers still continue to bother me from time-to-time. They are very cyclical, however. I’ll have a few weeks of bothersome PVCs and PACs and then suddenly they’ll calm down to almost nothing for a few weeks. Then the cycle repeats itself. As I write this I’m in a cycle of PVCs and PACs – after having been free of them for well over a month. While they bother the heck out of me, I’m just grateful I’m not battling afib right now!

June: IV Magnesium Replacement
This was the biggest fail of 2016 as far as my afib journey goes. Given that a year of daily heavy oral dosing of magnesium barely moved the needle as far as my magnesium levels were concerned, I thought I would try something really aggressive so I made my first appointment for IV magnesium replacement. During my one and only “treatment” I basically had a panic attack and almost fainted in my chair. I never tried it again! I continued with my oral magnesium instead.

June: 10 Year “Afib Anniversary”
June 16, 2016 marked my ten year anniversary battling atrial fibrillation. I was just 33 years old back in 2006 when I had my first afib episode. I had no idea back then what my journey would entail. For the first seven years, afib was nothing more than a flu-like nuisance as I only had one episode every year or two. Then in 2014 my afib spiraled out of control, leading me to my catheter ablation in March 2015.

July: Another Round of Heart Monitoring
My PVCs and PACs continued to plague me. They got so bad during the summer that I broke down and requested to have a heart monitor from my doctor. I wore it for 14 days straight. Of course the 14 days I wore it my heart was as calm as can be. My doctor didn’t find anything with the monitoring results but benign PVCs and PACs.

October: Talking PVCs and PACs with My Local EP
I had my annual checkup with my local EP and had an echo to ensure my heart was healthy and strong. I didn’t have anything concerning to discuss with my local EP so I spent most of my time talking PVCs and PACs with him. Ultimately I found out that there is a 50% chance these PVCs and PACs will disappear on their own within a year or so. And if they don’t, as long as they don’t consistently comprise 20% or more of my heart beats, they are benign and I have nothing to worry about (although they may be very bothersome at times). I also learned the results of my echo. My heart was as strong and healthy as it can be!

Eat Healthier
My primary goal for 2017 is to eat healthier. My diet is a train wreck right now and has been since summer. You wouldn’t believe the crap I eat and drink. I break just about every rule an afibber is supposed to abide by when it comes to their diet. I eat chocolate, fast food, junk food, and I drink pop daily and have a couple cocktails every week.

Surprisingly, I have only gained seven pounds through it all. I was hovering around 163 pounds in the summer before my diet went off the rails. Now I’m up to 170 pounds. I’d like to be at 165 pounds throughout 2017 and the only way that’s going to happen is if I get control of my eating habits! This is so difficult for me to do because I’ve been a fast-food and junk-food junkie since I was a kid.

Continue My Walk with God
I will continue to keep up my daily praying and Bible study. I will also continue to listen to various religious sermons every morning during my power walks. My primary goal in this area for 2017 is to deepen my faith and walk with God. Despite all of my efforts to be “close to God,” I still find myself empty inside. I still don’t have the strong connection with God that I’d like and my faith in Him still isn’t where I’d like it to be.

I still waste so much time worrying about my afib and my health in general. It is said that the things we worry about the most are things we have the least faith in God about. My goal is to strengthen my faith in 2017 so I can stop worrying about afib and my health in general. I need to work on trusting God that he will take care of me no matter what happens in 2017!

EXA and RBC Tests
In May I will have another round of EXA and RBC tests completed. This will be my third round of tests in the past three years so it will be interesting to see the results. Will my magnesium levels be trending up or down, or will they be the same? We’ll find out in May!

Catheter Ablation #2 Talks with My Wife
I know this is going to sound crazy, but I will be sitting down with my wife probably in January to discuss our game plan if a second ablation is needed in the event my afib returns in 2017. The reality is most afibbers will need at least two and in many cases three ablations to put afib to rest for good – especially if afib is diagnosed at an early age where a genetic component is involved.

I was diagnosed with afib at a very early age (33) and my dad and other members of our extended family also had atrial fibrillation (the STRONG genetic component). While I’m hoping I’m a “one and done” ablation candidate, I’m a realist. What’s the saying, “hope for the best but prepare for the worst?” I realize that it’s more likely WHEN my afib returns – not IF it returns. Hopefully “when” won’t be for at least a few more years but I want to be prepared.

My wife is totally clueless and in the dark about all this atrial fibrillation stuff. She just assumes that since I had my ablation I’m cured. End of discussion. She’s not in the weeds with this stuff like I am so she doesn’t realize that I’ll likely need another procedure or two in the future.

I want us both to be totally prepared for that day. I want to be sure we’re on the same page as to what our game plan is going to be and what the costs will entail. I will only allow Dr. Natale to do my ablations and he only practices in Austin and San Francisco. We live in Minneapolis, MN. If additional procedures are needed, we’re going to have to travel and our insurance may or may not fully pay for my medical expenses so we’ll have to plan for them as well.

Well that’s my year in review and what I hope to accomplish in 2017. I want to thank all of my regular blog readers. If this blog helps any of you in any way, I’m thrilled! You are the only reason I maintain this blog – to help in any way possible. I wish all of you NSR and a happy and healthy 2017!